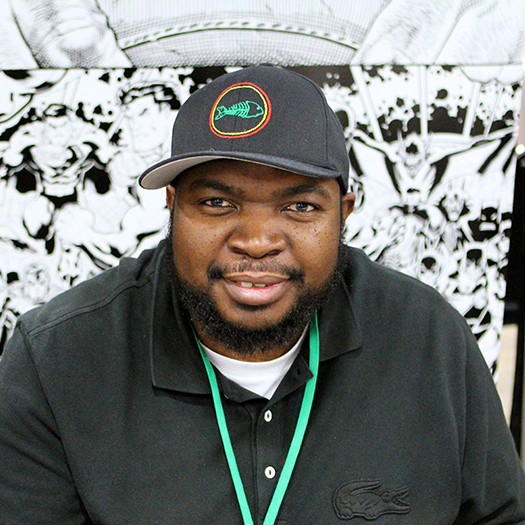 Dexter Vines is an American comic book artist and inker, known for his collaborations with pencilers such as Steve McNiven and Ed McGuiness, the latter of whom he is credited with as "eDex" team. Vines has worked on a multitude of titles for both Marvel and DC. Some titles include Marvel's big 2007 summer event Civil War, Tangent Comics Power Girl, Superman/Batman, JLA Classified (all with McGuiness), and Wolverine. In 2012, Vines received the 2012 Inkwell Award for Favorite Small Press And Mainstream-Independent (S.P.A.M.I.) ink work over another pencil artist.